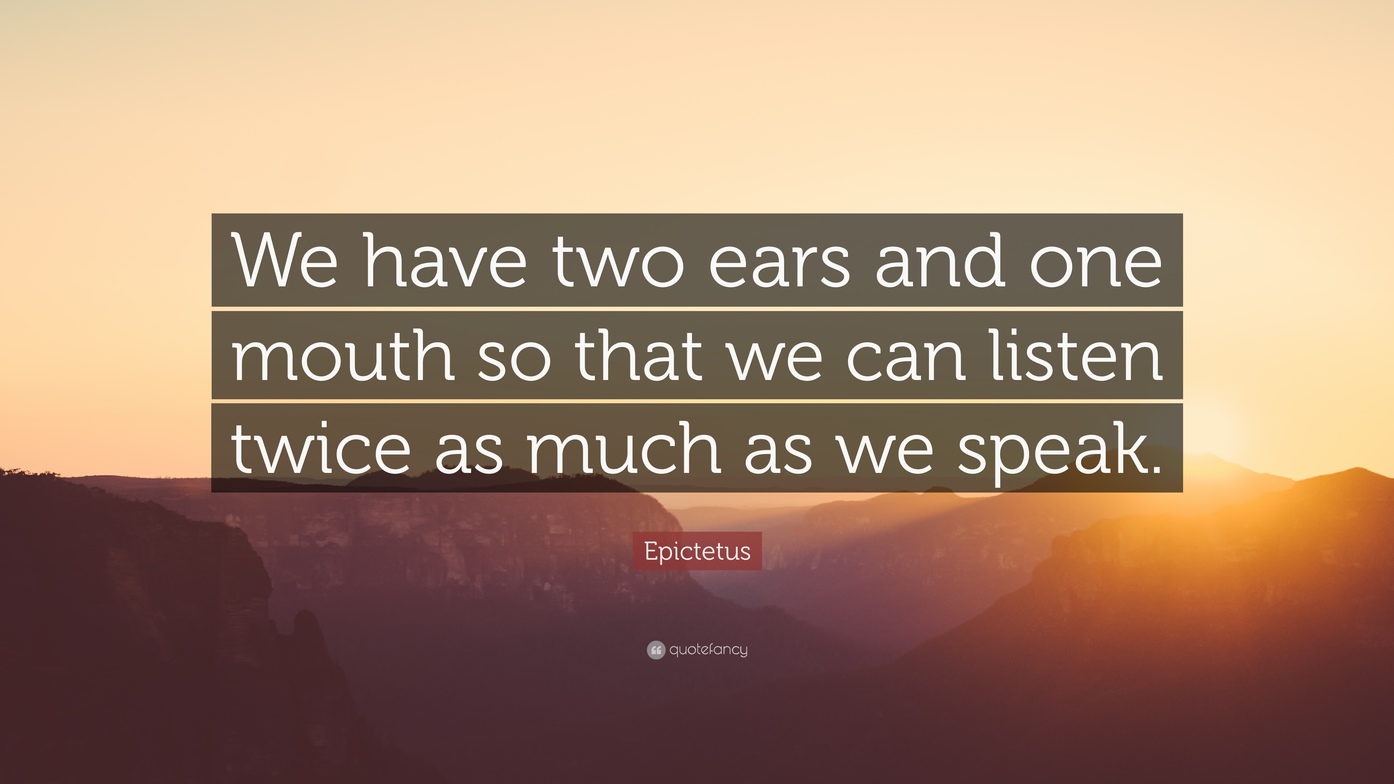 This week I learned a tough lesson, and I thought that I should share it with all of you with the hopes that it might serve as a reminder for you as well. Just this morning, I spoke with a patient who was on his 4th visit and he seemed a little disappointed with his progress. This gentleman is, to say the least, the stoic type. He is not one to volunteer a lot of information unless you coax it out of him. On his first three visits, he was a man of few words, and only really responded to questions, but this morning he opened the conversation with this – “Doc, I am just not feeling any better.” I was shocked by this statement, not just because he wasn’t better, but because he initiated the conversation. Rather than dwelling on the fact that he did not feel better, I decided to ask a couple of questions to get more information. The first question I asked was “Have you noticed any change in your pain levels? Better or Worse?” His response was very typical for him, he said “Nope.” No details, no elaboration, no nothing! I then followed up with – “Have you been doing your exercises? On a regular basis?” His reply – “Yup.” Again no details in his reply. So he is doing the work on his end, but he does not feel any better… I’m thinking “Damn, what did I miss here?” Then the breakthrough happened!

I asked him the big question – why he was coming to my office? He froze for a second to think and tried to get out of this one with a quick answer again. “Get out of pain, ” he said. This time instead of letting him off the hook, I waited patiently for him to elaborate (for those who know me, you know that this is not something that is easy for me). After waiting for about 30 seconds to a minute, he told me that he wanted to be able to “do everything that (he) used to be able to do.” Again I paused waiting for more elaboration… Nada, that was it. Finally, I caved and asked him what that meant. This man of (very) few words finally gave me some details – “He wanted to get back to working on his garden (and not be in a ton of pain when he was done.) YES!!! Now we are getting somewhere. It only took 4 visits to get to the bottom of why he was in my office. Now, with that information, we can tailor his treatment and work toward that goal for him. During that visit, we worked on exercises that applied to the positions that he was in when tending to his garden! He began to see the connection and the value behind those exercises! At the end of that visit he looked at me and said: “Hey Doc, I’m feeling a little better.” He didn’t stop there though. He continued on to say “Thank you for understanding where I am coming from.” I think that I got through to him, but we will have to wait until the next visit to know for sure!

There are 2 lessons here

1) Please ask a lot of questions, but then SHUT UP and listen to the answer! You might learn something.

2) If you know WHY you are doing something, it becomes much easier to know WHAT you should be doing.

I want you to give this some thought…
What is your pain preventing you from doing?
What are you going to do about it?